When I was in my early teens I was a keen reader of the Hornblower books and ever since then I’ve  wanted to put together a wargames force that would allow me to recreate some of the shore actions that were portrayed in the books.   When  I first saw the Perry Miniatures models for Napoleonic British Marines and Sailors I fell in love with the idea of building a Sharp Practice force using them.  The trouble was the cost.   I’ve got a budget, more projects than I can shake a stick at and an unpainted force of British Napoleonics that has been sitting unpainted in a box for more that two years.  It was hard to justify getting them, they were not really needed.

Enter Jim Masson, a regular at the Deep Fried Lard event I run in June every year, who asked on the TooFatLardies forum whether it was allowable for him to try and sell a Perry Naval Landing party at the event.  At the price he was asking I just about bit his arm off and I got them on the day.  I decided I would justify the purchase by selling off my Mutineer force for the Indian Mutiny, which needed opponents and scenery bought before I could get full use of it.  I managed to sell them at Deep Fried Lard and even made a profit on the whole deal.    Though I had swapped a pained at ready to play force for one that was needing painted (though it was based and undercoated thanks to Jim).

I’m now and holiday and have found the time to paint some of the things and have assembled a small force, which should see it’s baptism of fire in a couple of weeks when they will be coming ashore to protect and Intelligence Officer, who is on a mission to liaise with some Spanish Guerillas.  What could possibly go wrong?  I’m sure we’ll find out.

The backbone of the force is two groups of Royal Marines, with an Officer, a Drummer and a Sergeant.

They are supported by some Sailors, a Royal Navy Midshipman in command of two groups of twelve men equipped for close combat, most of them have pistols and cutlasses or boarding pikes, though there are a few muskets.

There’s also a group of six skirmishers with muskets.

I’m still thinking about the exact characteristics to use for the sailors, though the Marines will probably be much the same as normal British Line Infantry.  If anyone’s interested in finding out more about this there’s a three page discussion on the TooFatLardies Forum.

I have another three groups of Marines in close order and two groups of Skirmishers still to paint, and a Lieutenant to take overall command. 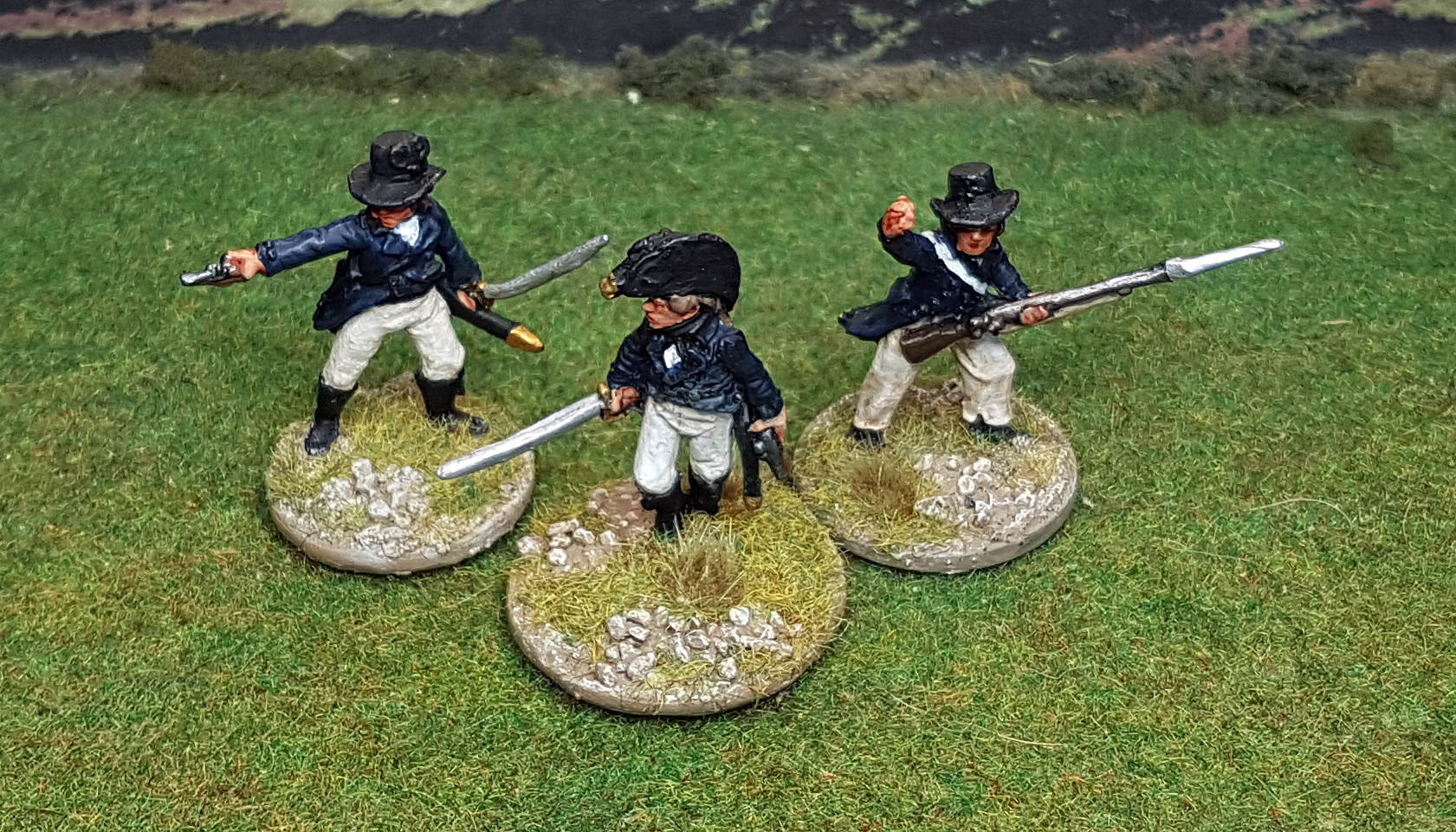 Lt Rogers reports for duty.  He is pictured here with Midshipman Staines and Bosun Bates. 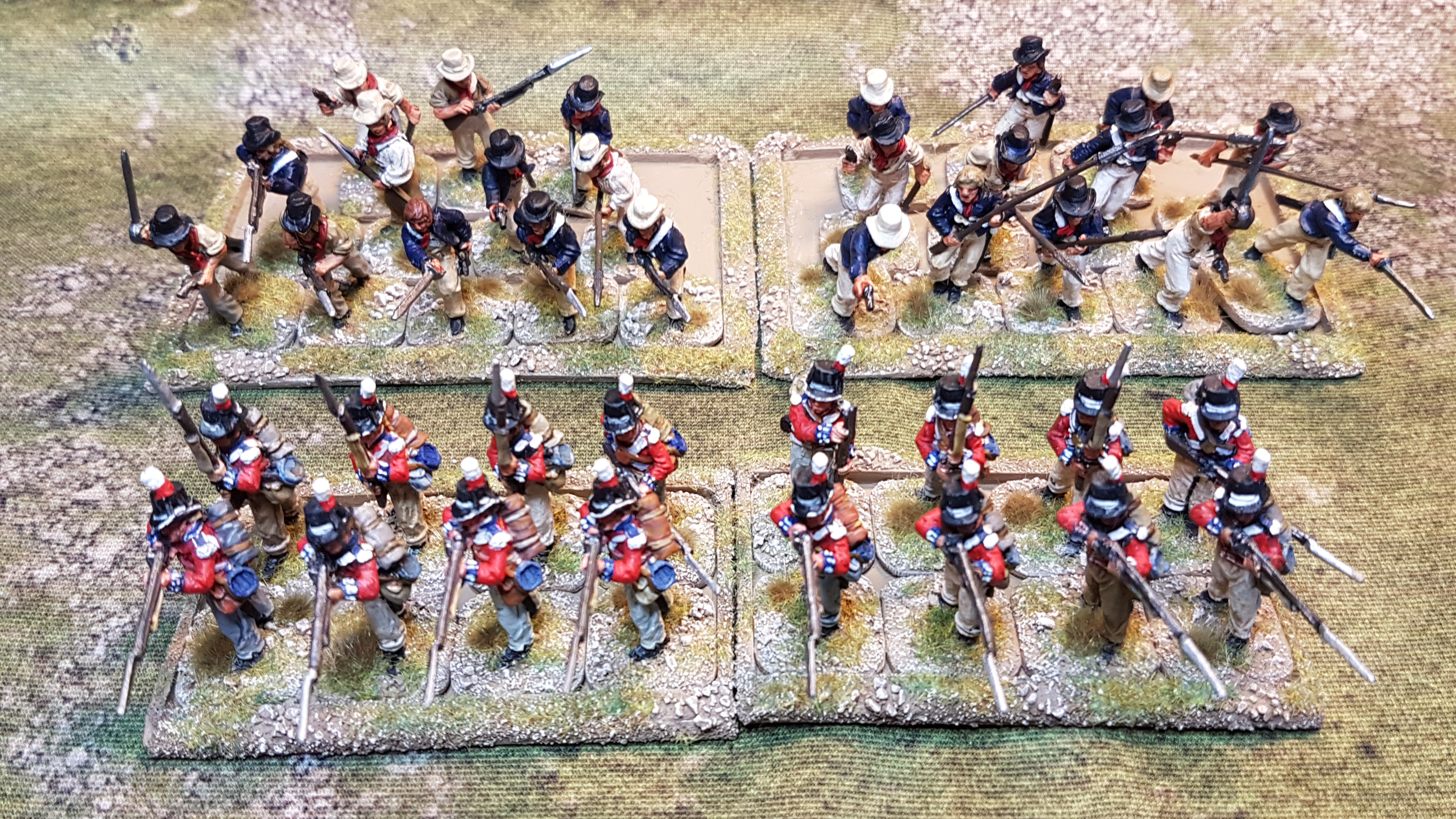 And I’ve made some sabots.  Laser cut ones will probably follow.